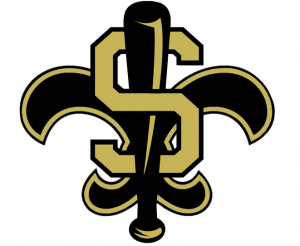 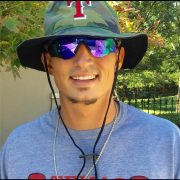 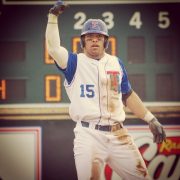 Trevor Holland spent two years at Grayson College where he was the everyday shortstop. His success on the field earned him a scholarship to play at Oklahoma State University. Holland completed his Bachelors Degree in General Studies at The University of North Texas. Trevor served as the Assistant Baseball Coach at Dallas Christian in 2016-2017. Trevor has already amassed 5 years of professional coaching experience.

Bre’Shon Kimbell was a two sport star at Mesquite High School. In 2011 he was ranked the 11th best high school prospect in the state of Texas, leading to a 28th round selection by the Milwaukee Brewers in the MLB Draft. Bre’Shon elected to attend Louisiana Tech University where he became an NCAA D1 All-American. Upon graduating from Louisiana Tech with his Bachelors Degree in Kinesiology, Kimbell signed with The Gateway Grizzlies of the Frontier League. Bre’Shon has spent parts of two seasons in professional baseball and has recently signed a contract to play for The Royse City Griffins in 2019.